A recent survey by Yale and George Mason activists is another reminder that “climate change” is actually a branch of environmental psychology. Consider that “climate” is an human construct, defined as the pattern of weather we remember in our living space over seasons and years. And “climate change” is therefore an added belief that our expectations about future weather are uncertain and unreliable. And so, attitude surveys are a suitable way to explore an issue that is wholly a matter of public opinion, IOW a state of mind rather than a state of nature.

The survey is appropriately entitled: Climate Change in the American Mind. Title is link to the website for the 2018 edition, with earlier results back to 2008.

The resources there are informative, including articles expressing both satisfactions and disappointments with the levels of belief and concern expressed by survey participants. The compliant mass media cherry pick various findings, giving headlines like these.

Americans Believe in Climate Change, But Not Climate Action NYmag 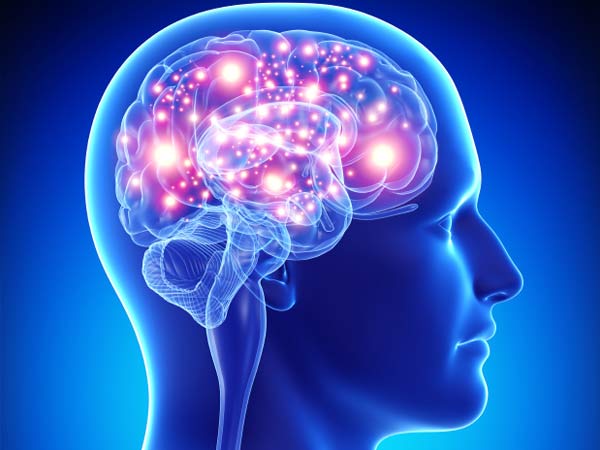 What is the American Mindset according to the Survey?

So beyond details of particular responses, what can we learn from this series of polls about the American state of mind regarding global warming/climate change?

The specific questions and response patterns are at Appendix I: Data Tables & Sample Demographics

There are a lot of questions asked and answered, including exploring a complete range of feelings people have on the issue. I will summarize the central questions and the pattern of responses over the last decade.

The core set of global warming beliefs are listed on the left.  The marked lines show the % of responses each one achieved over the years.  For example, over 50% agreed to four of them in 2018: GW is happening, GW is man made, Future generations will be greatly harmed and Most scientists agree.  Other patterns are also of interest.  Personal experience of GW effects is reported by almost 50%, while only 30% are very worried.  Indeed, people are less concerned about harm to themselves or even the US, then they are fearful for Developing Countries (DCs) and for Future Generations.

Notice there is a general curve to most of the answer time series.  Beliefs are only slightly higher in 2018 than they were in 2008.  In general, the %s were flat or declining in this decade until starting to rise again around 2014.  This points to the linkage between the opinions held by the public and the emphasis promoted in the mass media.  Compare the curvature in the above graph with this chart of climate change coverage in leading US newpapers.

The chart and research and research come from International Collective on Environment, Culture & Politics, AKA ICECaP.  Note the peaks in 2007-8 at the time of IPCC AR4 and Al Gore’s Inconvenient Truth flick, and in 2009-10 around the time of the Copenhagen COP.  The Climategate emails were also in the news in 2010, but for some reason newspapers were less interested in that aspect, the topic dropped in coverage.

The spike in 2013 coincides with Obama’s SOTU speech featuring climate change as the “defining issue of our time.”  The rise in climate change coverage in recent years is a more complex matter. 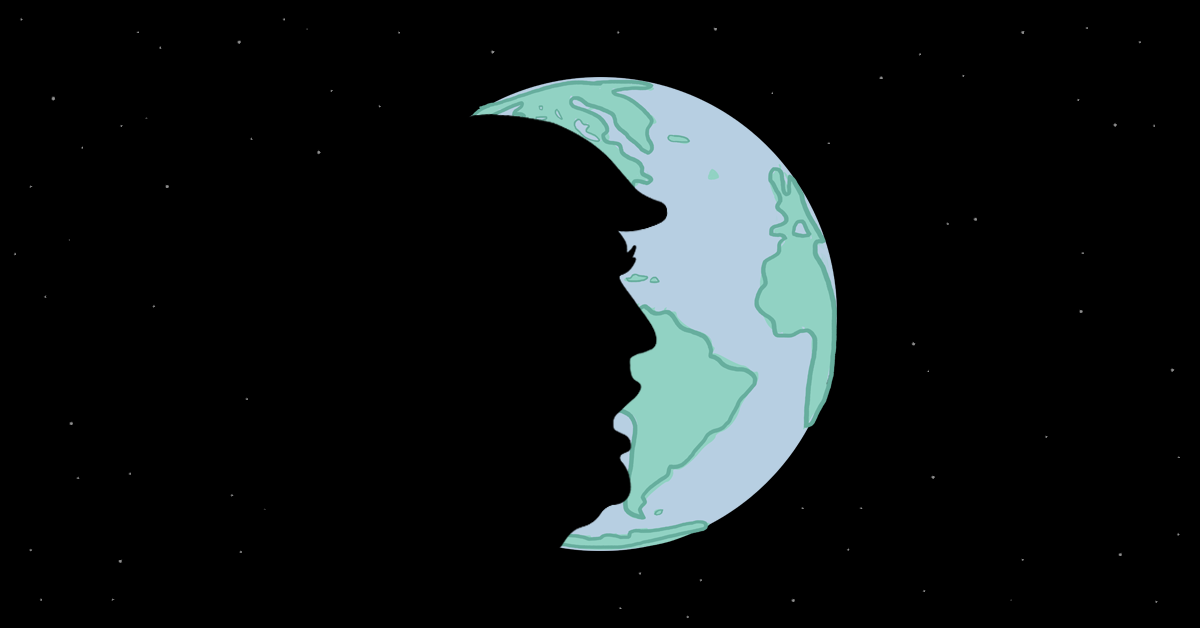 Climate journalists (like most all journalists) have been obsessed with trashing Donald Trump, and climate change is mentioned often as a subset of Trump complaints.  Consider this chart from Media Matters. 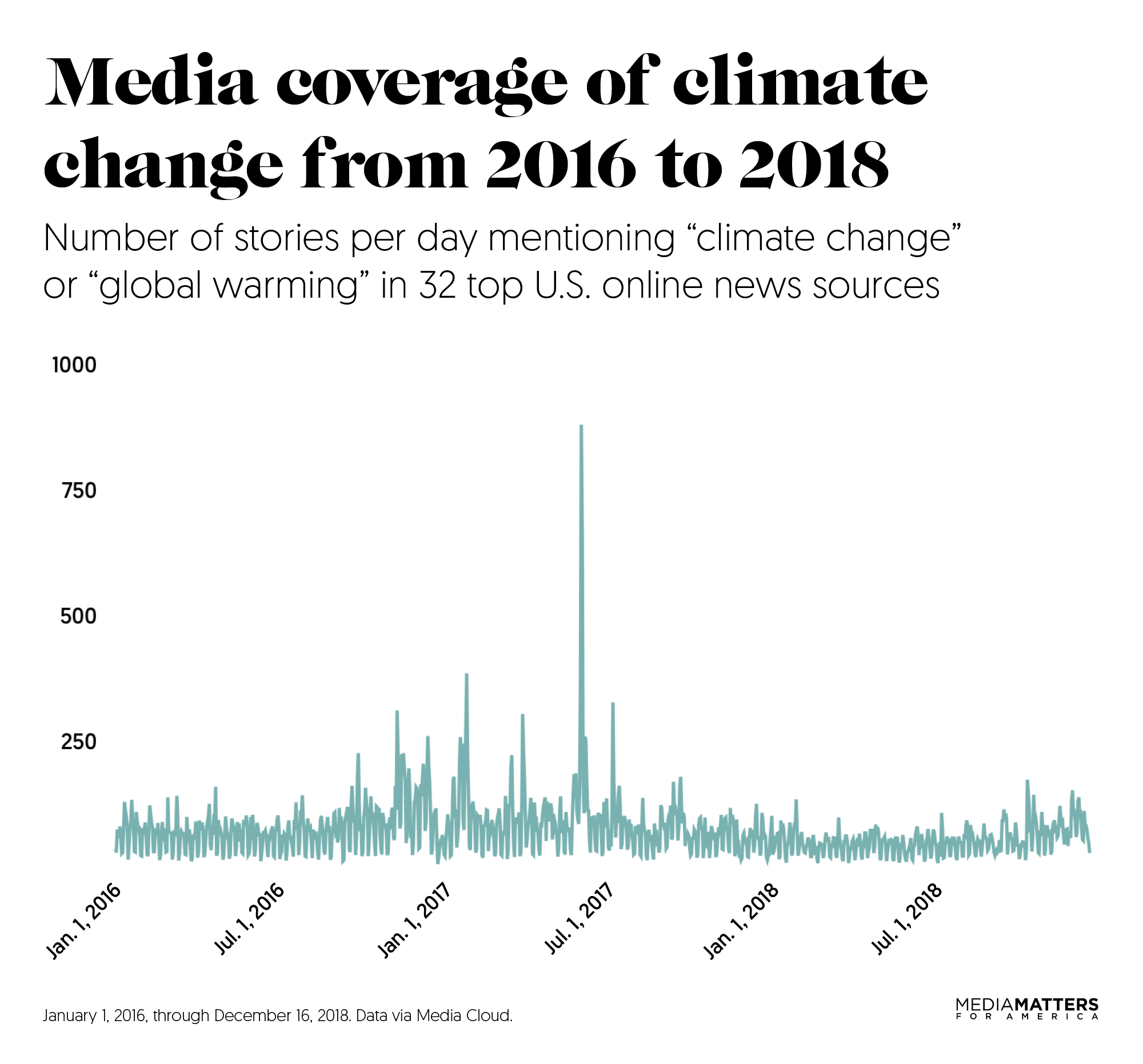 See that huge spike in the middle? That’s from June 1, 2017, when President Donald Trump announced that he intended to pull the U.S. out of the Paris climate agreement. No other day in the last three years saw anywhere near that much coverage. When Trump stages an event related to climate change, the media snap to attention. The rest of the time it’s like, “Climate what?”

That aligns with what Media Matters found when we looked at climate coverage on broadcast TV news programs in 2017: Trump dominated the news segments about climate change. Researchers at the University of Colorado Boulder, in the International Collective on Environment, Culture & Politics, reached a similar conclusion when they analyzed TV news coverage from November of this year: “In US television coverage of climate change or global warming in November 2018, ‘Trump’ was explicitly invoked over fourteen times more frequently than the words ‘science’ or ‘scientists’ together and nearly four times more frequently than the word ‘climate’ itself.”

A research group at the University of Colorado-Boulder, the International Collective on Environment, Culture and Politics (ICE CaPs), produced the findings that illustrate how much climate coverage has been driven by President Donald Trump. It examined coverage last year in five major American newspapers: The Washington Post, The Wall Street Journal, The New York Times, USA Today, and the Los Angeles Times. In the 4,117 stories in those papers that mentioned “climate change” or “global warming,” the word “Trump” appeared 19,184 times — an average of nearly 4.7 times per article.

What He Said:   “Ninety-seven percent of scientists agree: climate change is real, man-made and dangerous.” (Obama tweet).  The survey could be reduced to one question:  Do you agree with this tweet?

There is not much upward movement in public belief in global warming/climate change.  There is increased attention from the left-leaning media as part of their general dislike of the Trump administration. One more time, who made global warming into a political rather than a scientific issue?