There is still no empirical proof from the real world that burning fossil fuels causes temperatures to rise, despite those claiming the “Science is Settled”.

“There is no scientific proof that human emissions of carbon dioxide are the dominant cause of the minor warming of the Earth’s atmosphere over the past 100 years. If there were such a proof it would be written down for all to see. No actual proof, as it is understood in science, exists.”
Patrick Moore, co-founder of Greenpeace, Senate Testimony 2014

Beyond the lack of scientific support for the claims, there is the further problem with the proposed and already enacted climate policies intending to reduce carbon emissions and lower future warming. The policies themselves are ill-advised even if scientific proof existed.

Claims that human-caused global warming will raise average temperatures by 2o C to 5o C over the next 100 years and cause serious harm to society are controversial. However, assuming that global warming will be a big problem, there are two important questions: (1) What should be done about it? and (2) When should it be done?

Hypothetical: Assuming global warming is real and caused by fossil fuel emissions, what should we do about it?

Proposition #1: Put a price on Carbon by taxing it.

Henderson comments:
But carbon already has a price, or, more exactly, multiple prices. Natural gas has a price; oil has a price; coal has a price. And their prices are related to the valuable carbon component of those fuels because it’s carbon that makes those fuels valuable. Just as there’s no such thing as a free lunch, carbon is not free.

So why does Professor Gordon claim that taxing carbon means “putting a price on carbon?”
I can only speculate because I don’t know him, but here’s what I’m willing to bet dollars to doughnuts on: he calls a tax a price in order to lull the reader into thinking that it’s not a tax. Later in the piece he admits that it’s a tax but in his first mention, which sets the stage, he doesn’t.

As economists well know, adding to the price of energy functions as a regressive consumption tax, with greatest impacts on poor families who have the least amount of discretionary income.

Hypothetical: Assuming global warming is real and caused by fossil fuel emissions, when should we do something about it?

Here’s where Henderson really shines, dissecting the phoney economics underlying climate policies, and revealing the reverse Robin Hood effect of mitigation proposals. For in fact, economists know that we are richer today than our forefathers, and it is likely future generations will be richer than us. The whole point of using discount rates in cost/benefit studies is to recognize the advantages of building wealth today while delaying spending until later.

The two main approaches are to make major adjustments now or gradually through time to reduce warming or mitigate its effects. Thus, thinking about efforts to combat global warming requires comparing costs today with potential benefits 100 years or more in the future. Immediate Action versus Waiting. Acting now might slow global warming so that major adjustments will not be needed later.

Second, money spent now to offset global warming could instead be invested in ways that would increase national income and wealth, creating more options to deal with any future negative effects of a warmer world. Future generations will likely be wealthier than present generations, just as the people living today are wealthier than past generations. Imposing large costs today to create environmental benefits for future generations would sacrifice current potential consumption for people in the future who will almost certainly have higher living standards.

What is the right Discount Rate for Taxing Carbon

There is much debate about what discount rate to use when comparing environmental costs and benefits.  Generally, the more one values today’s dollars over tomorrow’s, the higher is one’s discount rate.  At one extreme, an infinitely high discount rate would imply that we place almost no value on future consumption.  Conversely, using a discount rate of zero means that benefits today are no more valuable than benefits 100 years from now..

However, the choice of which discount rate to use is not about the weight given to the well-being of future generations but about opportunity costs. Investments people make today are likely to increase the wealth of their descendants, giving future generations greater resources to exercise their preferences regarding environmental protection.

The higher the rate of return that can be earned by investing a dollar today, the more wealth future generations are deprived of if the money is spent now.  Thus, Kevin Murphy of the University of Chicago argues that we should use the market interest rate as the discount rate because that is the opportunity cost of climate mitigation. Interestingly, even Stern’s own model assumes that people 200 years from now will have real incomes that are more than 10 times incomes today.  This means that if the government taxes people today explicitly or through regulations to reduce climate change 200 years from now, the government will be taxing the poor to help the rich.

How does using the interest rate as the discount rate work in practice?  Imagine that the damage from continued use of CO2-emitting fossil fuels is $300 per ton of emissions 100 years from now.  In 100 years, a $300 per ton tax on carbon emissions would reflect their social cost.  What this tax should be in the intervening years depends upon the interest rate that could be earned if money were invested.

Thus, beginning today, at a 6 percent interest rate, a tax of 88 cents per ton would pay the social costs of one ton of emissions in a century.  If the tax were implemented 80 years from now, the rate would be $93.54 per ton.  To put these numbers in perspective, a $1.00 tax per ton of carbon translates into a one-third cent per gallon tax on gasoline. On that basis:

Today, the actual federal tax is 18.4 cents per gallon.  Thus, if the correct carbon tax 100 years from now is $300, this implies that the gasoline tax today is much higher than the rate required to reflect the social costs of global warming, regardless of whether the right interest rate is 6 percent or 4 percent.

If the government limits carbon emissions now through taxes or direct caps, it is taxing the poor today to benefit wealthier future generations. Perversely, such limits would also deprive future generations of the additional capital that would accumulate if the money were invested in the market instead of being used to combat climate change.

David R. Henderson is a research fellow with the Hoover Institution (here). He is also an associate professor of economics at the Naval Postgraduate School in Monterey, California.

Henderson’s writing focuses on public policy. His specialty is in making economic issues and analyses clear and interesting to general audiences. Two themes emerge from his writing: (1) that the unintended consequences of government regulation and spending are usually worse than the problems they are supposed to solve and (2) that freedom and free markets work to solve people’s problems.

Quotations from David Henderson come from these sources:

A carbon tax is not a ‘price’

Climate Economists Base Their Alarm on Their Own Ethical Judgments

Climate Change: Should We Tax the Poor to Help the Rich? 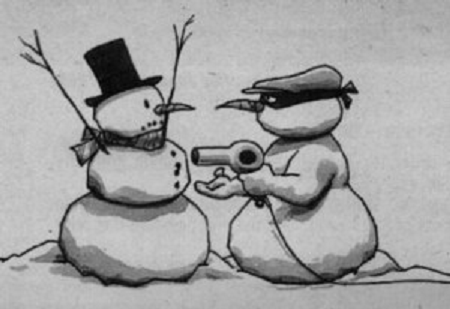