Some years ago I attended seminars regarding efforts to achieve operational changes in organizations. The notion was presented that people only change their habits, ie. leave their comfort zone, when they fear something else more than changing their behavior. The analogy was drawn comparing to workers leaping from a burning oil platform, or tenants from a burning building.

Al Gore is fronting an agenda to unplug modern societies, and thereby the end of life as we know it. Thus they claim the world is on fire, and only if we abandon our ways of living can we be saved. 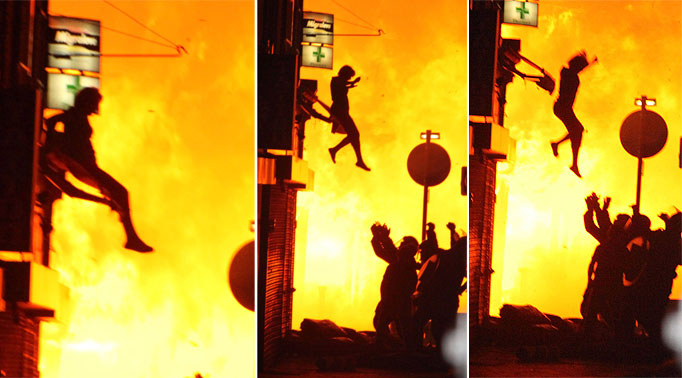 The big lie is saying that the world is burning up when in fact nothing out of the ordinary is happening. The scare is produced by extrapolating dangerous, fearful outcomes from events that come and go in the normal flow of natural and seasonal climate change. They can not admit that the things they fear have not yet occurred.  We will jump only if we believe our platform, our way of life, is already crumbling.

And so we come to Al Gore recently claiming that his past predictions of catastrophe have all come true.

J.Frank Bullitt writes at Issues and Insights Gore Says His Global Warming Predictions Have Come True? Can He Prove It? Excerpts in italics with my bolds.

When asked Sunday about his 2006 prediction that we would reach the point of no return in 10 years if we didn’t cut human greenhouse gas emissions, climate alarmist in chief Al Gore implied that his forecast was exactly right.

“Some changes unfortunately have already been locked in place,” he told ABC’s Jonathan Karl.

“Sea level increases are going to continue no matter what we do now. But, we can prevent much larger sea level increases. Much more rapid increases in temperature. The heat wave was in Europe. Now it’s in Arctic. We’re seeing huge melting of the ice there. So, the warnings of the scientists 10 years ago, 20 years ago, 30 years ago, unfortunately were accurate.”

Despite all this gloom, he’s found “good news” in the Democratic presidential field, in which “virtually all of the candidates are agreed that this is either the top issue or one of the top two issues.”

So what has Gore been predicting for the planet? In his horror movie “An Inconvenient Truth,” he claimed:

Sea levels could rise as much as 20 feet. He didn’t provide a timeline, which was shrewd on his part. But even if he had said 20 inches, over 20 years, he’d still have been wrong. Sea level has been growing for about 10,000 years, and, according to the National Oceanic and Atmospheric Administration, continues to rise about one-eighth of an inch per year.

“Storms are going to grow stronger.” There’s no evidence they are stronger nor more frequent.

Mt. Kilimanjaro was losing its snow cap due to global warming. By April 2018, the mountain glaciers were taking their greatest snowfall in years. Two months later, Kilimanjaro was “covered by snow” for “an unusually long stint. But it’s possible that all the snow and ice will be gone soon. Kilimanjaro is a stratovolcano, with a dormant cone that could erupt.

Point of no return. If we have truly gotten this far, why even care that “virtually all” of the Democratic candidates have agreed that global warming is a top issue? If we had passed the point of no return, there’d be no reason to maintain hope. The fact Gore’s looking for a “savior” from among the candidates means that even he doesn’t believe things have gone too far. 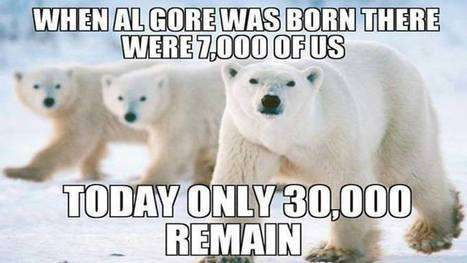 Also in 2007, Gore started making “statements about the possibility of a complete lack of summer sea ice in the Arctic by as early as 2013,” fact-checker Snopes, which leans so hard left that it often falls over and has to pick itself up, said, before concluding that “Gore definitely erred in his use of preliminary projections and misrepresentations of research.”

Finally — just for today because sorting out Gore’s fabrications is an ongoing exercise — we remind readers of the British judge who found that “An Inconvenient Truth” contained “nine key scientific errors” and “ruled that it can only be shown with guidance notes to prevent political indoctrination,” the Telegraph reported in 2007.

Gore has been making declarative statements about global warming for about as long as he’s been in the public eye. He has yet to prove a single claim, though. But how can he? The few examples above show that despite his insistence to the contrary, his predictions have failed.

Even if all turned out to be more accurate than a local three-day forecast, there’s no way to say with 100% certainty that the extreme conditions were caused by human activity. Our climate is a complex system, there are too many other variables, and the science itself has limits, unlike Gore’s capacity to inflate the narrative.

Lest anyone think this is all about altruism, Al Gore is positioned to become even more wealthy from the war on meat.

Generation Investment Management is connected to Kleiner Perkins, where former Vice President Al Gore is one of its partners and advisors.

Who’s Kleiner Perkins? It turns out they are Beyond Meat’s biggest investor, according to bizjournals.com here. Beyond Meat is a Los Angeles-based producer of plant-based meat substitutes founded in 2009 by Ethan Brown. The company went public in May and just weeks later more than quadrupled in value.

Yes, Al Gore, partner and advisor to Kleiner Perkins, Beyond Meat’s big investor, stands to haul in millions, should governments move to restrict real meat consumption and force citizens to swallow the dubious substitutes and fakes.