Frank Miele writes at Real Clear Politics Climate Is Unpredictable, Weather You Like It or Not!
Excerpts in italics with my bolds.

They say all politics is local; so is all weather.

So on behalf of my fellow Westerners, I have to ask: What’s up with all this cold weather? It may not be a crisis yet, but in the two weeks leading up to Memorial Day — the traditional start of summer activities — much of the country has been donning sweaters and turning up the heat.

I know, I know. Weather is not climate, and you can’t generalize from anecdotal evidence of localized weather conditions to a unified theory of thermal dynamics, but isn’t that exactly what the climate alarmists have done, on a larger scale, for the past 25 years? 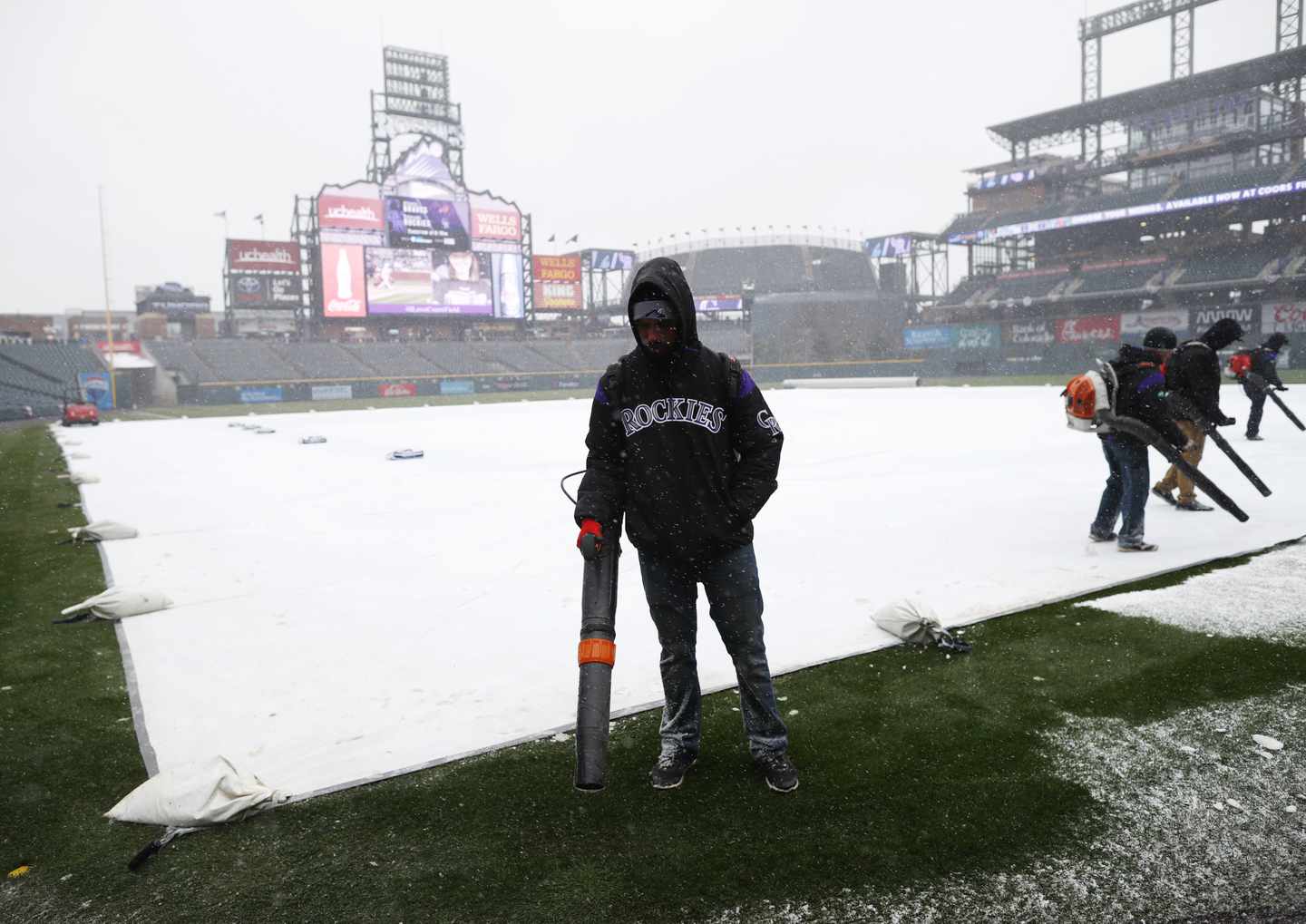 Getting Coors Field ready for Colorado Rockies to play baseball.

Haven’t we been brainwashed by political scientists (oops! I mean climate scientists!) to believe that the Earth is on the verge of turning into “Venus: The Sequel.” You know, catastrophic overheating from greenhouse gases, rising oceans, death and mayhem — oh, yeah, and the world ending in 12 years if we don’t ban carbon or something.

But despite the best fake climate data and the scariest computer simulations, Mother Nature doesn’t seem to be cooperating with the global-warming scare scenario. Sure, there is warm weather in other parts of the country, but here in Montana we have been desperately seeking spring. Instead of enjoying our beautiful outdoors, we are stuck in perennial chill mode, shivering under our blankets and wondering if it will snow in late May.

In Denver, they didn’t have to wonder. Last Tuesday that area got more than three inches of the white stuff, the most at this late date since 1975. They also matched the record low of 31 degrees. Snow also hit Minnesota, Arizona and California. Yosemite had as much as two feet of snow fall.

Should we start to panic? Roll out computer models to explain why our tootsie toes are turning blue? Maybe we could get rich by promoting the end of the world — even if it’s by ice instead of fire. But let’s face it, intelligent people already know that climate changes on a regular basis and that mankind deals with it just as other species do — by adapting. Technically, we are currently between ice ages, so if it gets a little cold, here’s some advice — get used to it! And if it gets a little warmer? Be grateful! Ice ages are much more deadly than any old heat wave.

Fact of the matter is that for the past few years, real scientists have been warning us that sunspot activity is currently at an unusually low level. In February, there was not even one sunspot recorded, and history tells us that fewer sunspots means colder weather. That’s why current predictions call for cooling weather for the next 20-30 years till the sunspot cycle ticks upward again.

OK, the climate terrorists tell us, you may be right about the next 30 years but that doesn’t mean global warming won’t resume a few years after that. Well, no, but what they won’t tell you is that during the period of increased warming in the late 20th century, sunspot activity was at an 8,000-year high. That was the conclusion of a study in 2004 led by Sami Solanki of the Max Planck Institute in Germany. 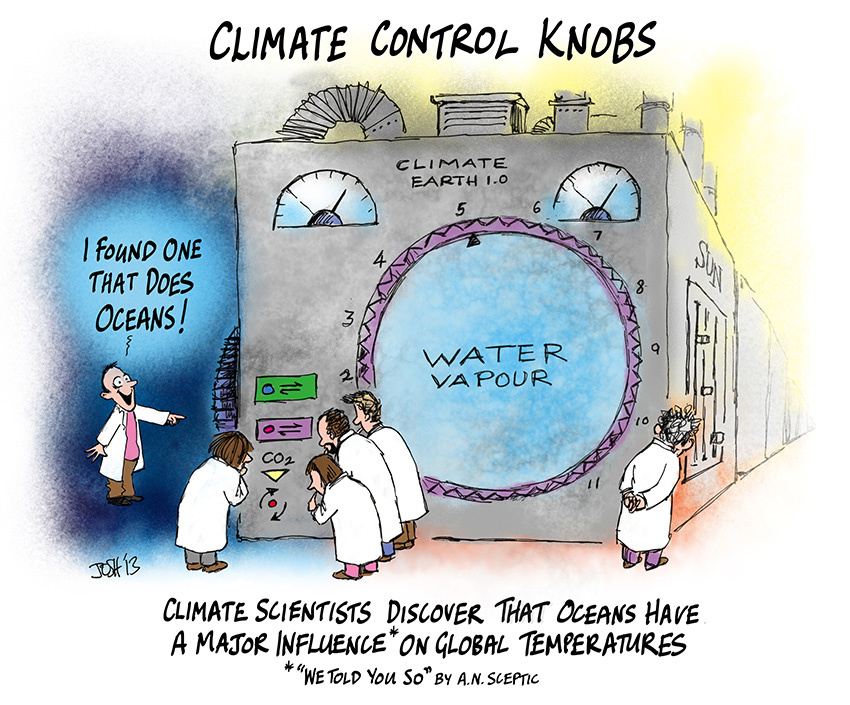 So why don’t climate scientists just admit that humans don’t control climate, and get on with the business of recording data and analyzing it? That’s easy to explain. Because you can’t mandate massive changes in human behavior if the sun dictates terrestrial temperature variations. The sun doesn’t care what Democratic propagandists say, and all the carbon in the world won’t put one little ol’ sunspot on the surface of our nearest star, so you can expect the sun to be dismissed as irrelevant. Carbon is king.

After all, who ya gonna believe? Al Gore or your own lying thermometer?