“Freedom’s Just Another Word for Nothing Left to Lose.” (Kris Kristofferson)

In April, Arctic ice extent is declining as usual with the notable exception of Bering Sea, along with ice retreating in nearby Okhotsk.  Bering still has some ice to lose, but at 178k km2 it is only 31% of the ice there January 27, the largest Bering extent this year.  It is unusual since the Bering ice is only 25% of the 12 year average for this date.  Nearby Chukchi Sea is hardly showing any open water, down only 10k km2 from its maximum.  Open water is also gaining in Okhotsk, the other Pacific basin, but ice extent there is still 6% above the 12-year average.

Elsewhere things are mostly typical with Russian and Canadian basins still frozen with high extents.  The other two places losing ice are Barents and Baffin Bay/Gulf of St. Lawrence shown below.

On the right side is Barents losing ice along the Russian coastline, while holding onto Svalbard.  On the left, water in Baffin Bay is pushing north along the western Greenland coast.  On the extreme left is open water taking over in Gulf of St. Lawrence 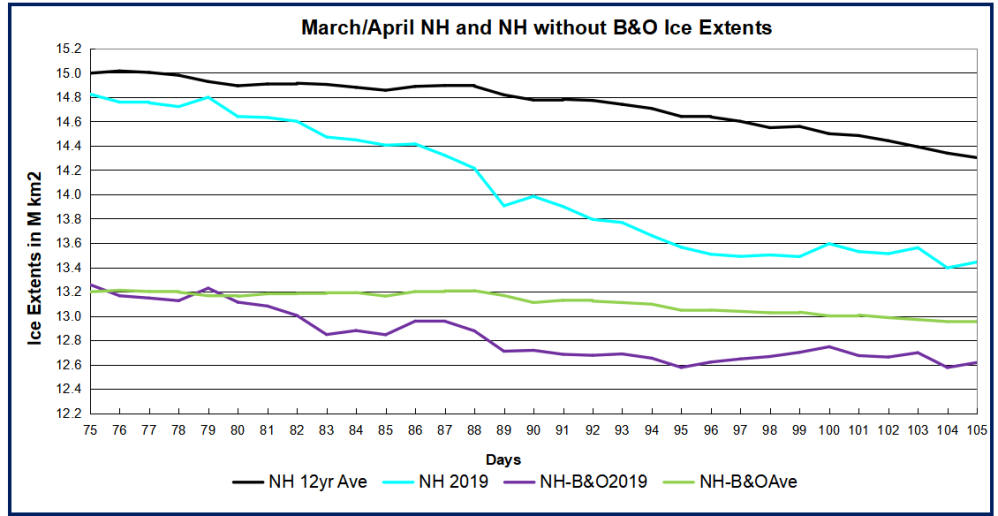 The graph below shows March/April 2019 compared to average and some years of interest. 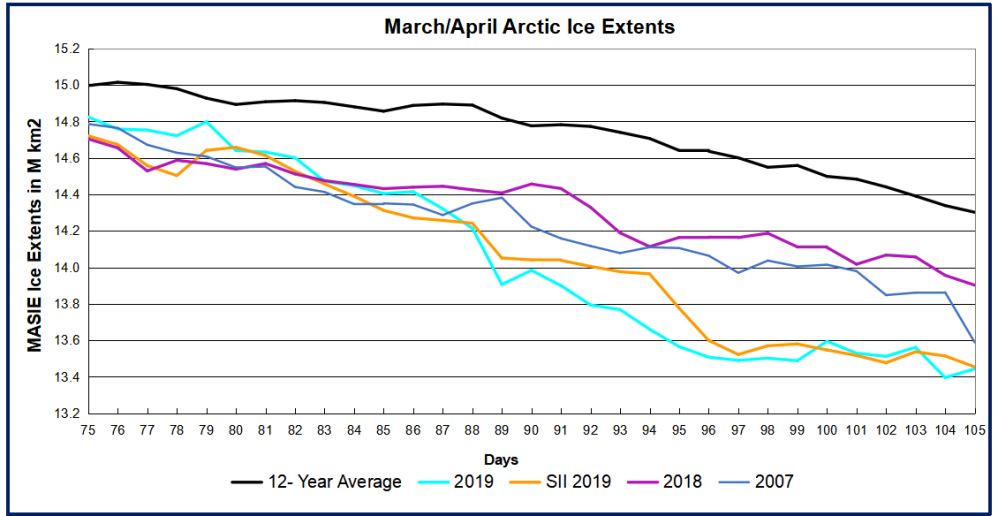 Of course both of these basins will melt out long before the September minimum, along with the Russian shelf seas.

As indicated earlier, Bering supplies almost 2/3 of the deficit to average, with Baffin Bay providing most of the other 1/3. Of course both of these basins will melt out long before the September minimum, along with the Russian shelf seas.