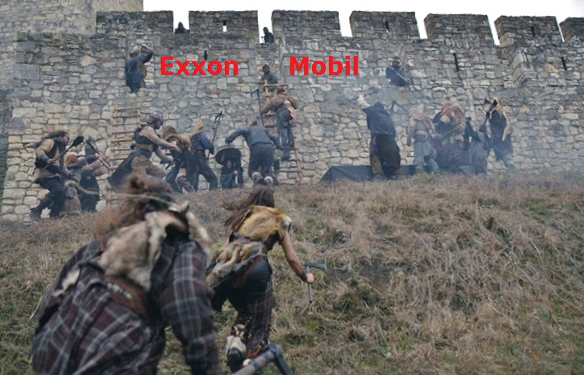 But their latest weapon of mass corporate destruction was defused by the SEC.  European energy companies were not so fortunate.  The story comes from CNN, who disapprove of the result. SEC sides with Exxon by blocking major climate vote.  Excerpts in italics with my bolds.

New York (CNN Business)ExxonMobil has dodged a climate change shareholder vote — with some help from the SEC.

The agency granted Exxon’s request to block a shareholder resolution that would have urged the oil behemoth to adopt and disclose greenhouse gas emissions targets on its business and products in line with the Paris climate accord.

The SEC ruled that the nonbinding proposal, which was backed by investors with $9.5 trillion in assets, would “micromanage” Exxon (XOM) by seeking to impose “specific methods for implementing complex policies” in place of managerial judgment.

The decision deals a blow to momentum in the investment community to force fossil fuel companies to conform to alarmists’ views of climate change. Exxon’s European rivals have already caved in to adopt similar emissions targets.

But backers of the proposal, including the New York State pension, vowed to keep fighting for change at Exxon and other oil companies.

The New York State Common Retirement Fund, which owned 10.5 million shares of Exxon as of the end of last year, led the Exxon shareholder proposal along with the Church of England’s endowment fund. DiNapoli suggested the SEC’s position was “influenced” by the Trump administration’s climate change skepticism.  “We’ve had a national administration spend a lot of time denying that climate change is a reality,” DiNapoli said.

The Exxon battle comes after DiNapoli’s office and the Church of England won a landmark victory against the world’s largest publicly traded oil company two years ago.

More than 60% of Exxon shareholders in May 2017 backed a separate proposal urging the company to do more to disclose the risk it faces from efforts to regulate carbon emissions. Six months after the rare rebuke, Exxon stopped resisting and agreed to reveal these climate risks. 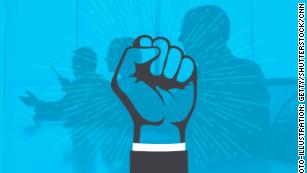 Shareholder activism is on the rise, but companies are fighting back

But Exxon fought hard against this latest resolution. In letters to the agency, Exxon strongly urged SEC staff members to confirm they would not recommend punishing the company for leaving the proposal out of its annual proxy vote.

Exxon argued that the proposal is “vague and indefinite,” seeks to “micromanage the company” and has already been “substantially implemented.”

Exxon pointed to the company’s 2018 Energy and Carbon Summary as evidence that it is already doing its part to address the risks of climate change. Exxon pointed to other climate-related steps, including promises to cut emissions, research into fuel cells and biofuels and purchases of wind and solar energy.
And Exxon warned that “unilateral action” disconnected to government policy changes and consumer demand “could harm ExxonMobil’s business” and prevent the company from meeting the world’s energy needs,

The Exxon victory comes as major corporations are fighting to impose constraints on proxy advisory firms and what they view as “political” resolutions from activist shareholders.

In sharp contrast to US oil giants, European oil companies Royal Dutch Shell (RDSA), BP and Total (TOT) have either agreed to set emissions goals or are in the process of doing so. BP (BP) recently agreed to link the bonuses of 36,000 of its workers to climate change targets. Shell announced this week that it will quit a major US oil lobby because it disagrees with the group’s climate change policies.