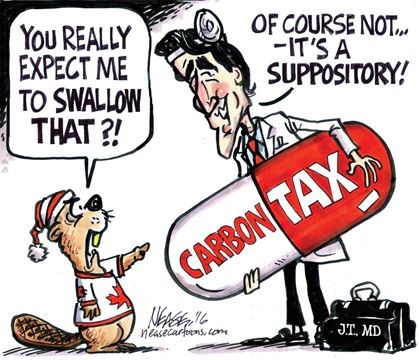 Michael MacDonald of The Canadian Press provides the story following the current Liberal New Brunswick government losing a confidence motion in parliament. New Brunswick’s next premier is a fiscal hawk and former Irving Oil executive  Excerpts in italics with my bolds.

The man poised to become New Brunswick’s next premier has a well-earned reputation as a tight-fisted fiscal manager whose resume includes 33 years as a senior executive working for one of Canada’s richest families: the Irving clan.

Progressive Conservative Leader Blaine Higgs, a 64-year-old engineer and former finance minister, was hired by Irving Oil a week after he graduated from the University of New Brunswick. He was eventually promoted to director of distribution, overseeing oil transportation across eastern Canada and New England.

His extensive big business experience has informed his approach to politics. Higgs refers to citizens as customers, and his campaign for the Sept. 24 election was replete with references to getting results.

“I came from a company where you had to deliver results in order to survive,” Higgs said when he released the Progressive Conservative platform.

“(New Brunswickers) are paying the bills but they’re not getting the service to reflect the amount of money being spent.”

Higgs had promised to cut government waste and balance the province’s budget in two years — a year earlier than his outgoing rival, Liberal Premier Brian Gallant.

And like other right-of-centre politicians, he also promised not to raise taxes, while offering a modest spending plan.

On the national stage, Higgs isn’t expected to ruffle too many feathers. Unlike Ontario Premier Doug Ford, Higgs is no populist.

“His message isn’t that different from previous premiers,” said J.P. Lewis, a political scientist at the University of New Brunswick in Saint John. “He’s more like a traditional Progressive Conservative. He’s like a Harper-era cabinet minister.”

Still, Higgs and Prime Minister Justin Trudeau are expected to clash over how to deal with climate change.

Higgs has said he will join with his counterparts in Ontario and Saskatchewan in rejecting Ottawa’s bid to get the provinces to impose a carbon tax on their citizens.

Last month, Manitoba Premier Brian Pallister said his province would also scrap plans for a carbon tax. As well, Jason Kenney, leader of Alberta’s Opposition, has promised to repeal the province’s carbon tax if his party wins the 2019 spring election.

“Based on (Higgs’) rhetoric, he could become another thorn in the side of Trudeau, especially when it comes to natural resources,” Lewis said.

Higgs also faces a daunting task in turning around the province’s economy, which some economists have said is headed for a “fiscal cliff.” Carrying a $14 billion debt, it could be pushed over the edge if there’s a sharp rise in interest rates or a credit-rating downgrade.

The province has the nation’s lowest median household income, and was the only province that recorded a population decline between 2011 and 2016. As well, its tax base is shrinking and the province has suffered through consecutive deficit budgets.

Economic growth — forecasted by the Conference Board to be about 1.3 per cent this year — is expected to remain sluggish as the province struggles to increase its population.

“We can fix this,” Higgs said before the election campaign. “We have to be straight with each other and talk about real issues, not pretend all is well.”