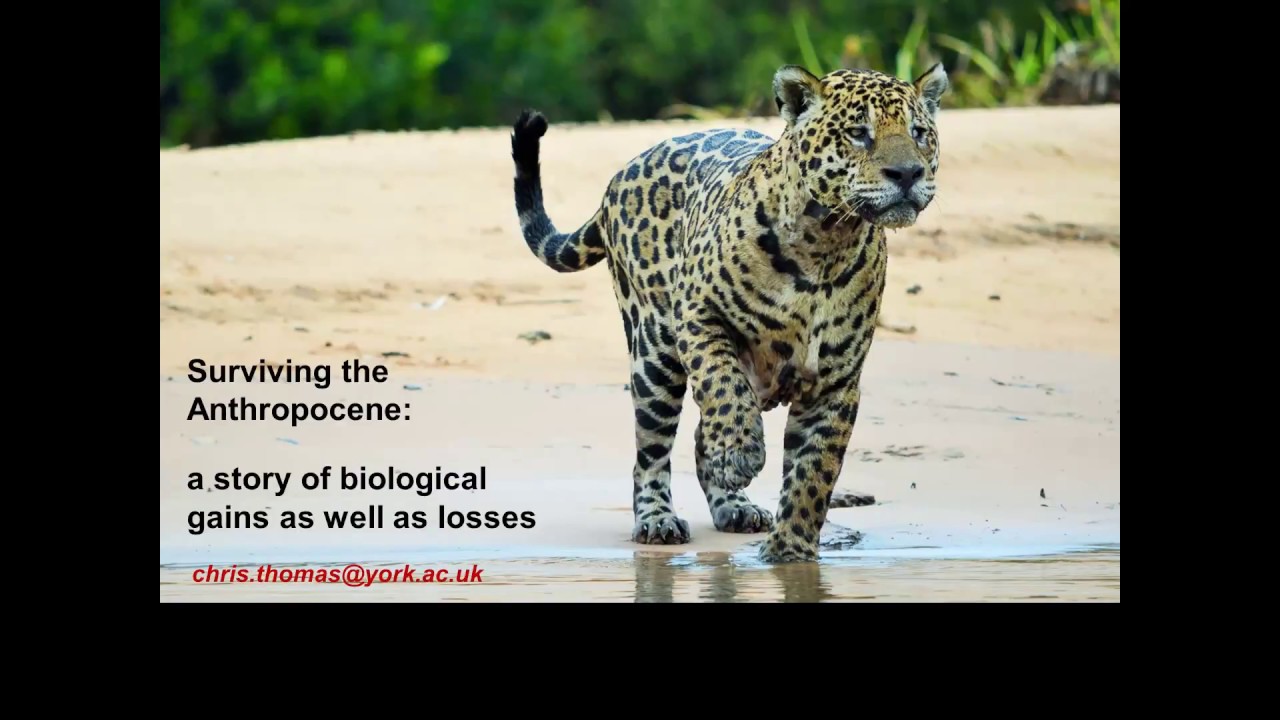 Chris D Thomas Professor of Evolutionary Biology, University of York writes in the Conversation New species are coming into existence faster than ever thanks to humans. Excerpts below in italics with my bolds.

Animals and plants are seemingly disappearing faster than at any time since the dinosaurs died out, 66m years ago. The death knell tolls for life on Earth. Rhinos will soon be gone unless we defend them, Mexico’s final few Vaquita porpoises are drowning in fishing nets, and in America, Franklin trees survive only in parks and gardens.

Yet the survivors are taking advantage of new opportunities created by humans. Many are spreading into new parts of the world, adapting to new conditions, and even evolving into new species. In some respects, diversity is actually increasing in the human epoch, the Anthropocene. It is these biological gains that I contemplate in a new book, Inheritors of the Earth: How Nature is Thriving in an Age of Extinction, in which I argue that it is no longer credible for us to take a loss-only view of the world’s biodiversity.

The beneficiaries surround us all. Glancing out of my study window, I see poppies and camomile plants sprouting in the margins of the adjacent barley field. These plants are southern European “weeds” taking advantage of a new human-created habitat. When I visit London, I see pigeons nesting on human-built cliffs (their ancestors nested on sea cliffs) and I listen out for the cries of skyscraper-dwelling peregrine falcons which hunt them.

Climate change has brought tree bumblebees from continental Europe to my Yorkshire garden in recent years. They are joined by an influx of world travellers, moved by humans as ornamental garden plants, pets, crops, and livestock, or simply by accident, before they escaped into the wild. Neither the hares nor the rabbits in my field are “native” to Britain. 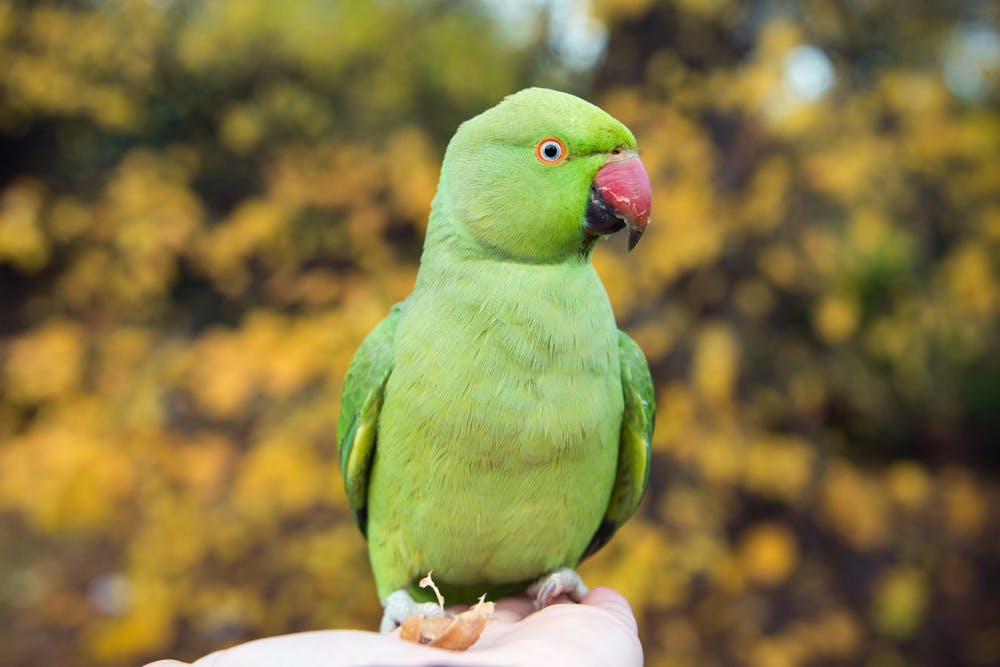 Parakeets from Asia have established themselves in cities across Britain. Alicja Korbinska / shutterstock

Many conservationists and “invasive species biologists” wring their hands at this cavalcade of “aliens”. But it is how the biological world works. Throughout the history of the Earth, species have survived by moving to new locations that permit them to flourish – today, escaped yellow-crested cockatoos are thriving in Hong Kong, while continuing to decline in their Indonesian homeland.

Nonetheless, the rate at which we are transporting species is unprecedented, converting previously separate continents and islands into one biological supercontinent. In effect, we are creating New Pangea, the greatest ecological pile-up in the Earth’s long history. A few of the imported species cause others to become extinct – rats have driven some predator-naïve island birds to extinction, for example. Ground-nesting, flightless pigeons and rails that did not recognise the danger were no match for a deadly combination of rodents and human hunters.

But despite being high-profile, these cases are fairly rare. In general, most of the newcomers fit in, with limited impacts on other species. The net result is that many more species are arriving than are dying out – in Britain alone, nearly 2,000 extra species have established populations in the past couple of thousand years.

Extinction and evolution
The processes of evolution also continue, as animals, plants and microbes adjust to the way humans are altering the world around them. Fish have evolved to breed when they are smaller and younger, increasing the chances that they will escape the fisherman’s nets, and butterflies have changed their diets to make used of human-altered habitats.

Entirely new species have even come into existence. The “apple fly” has evolved in North America, thanks to European colonials bringing fruit trees to the New World. And house sparrows mated with Mediterranean “Spanish” sparrows somewhere on an Italian farm. Their descendants represent a brand new species, the Italian sparrow. Life on Earth is no longer the same as it was before humans arrived on the scene.

There is no doubt that the rate at which species are dying out is very high, and we could well be in for a “Big Sixth” mass extinction. This represents a loss of biological diversity. Yet, we also know that the Big Five mass extinctions of the past half billion years ultimately led to increases in diversity. Could this happen again? It seems so, because the current rate at which new animals and plants (such as the apple fly, the Italian sparrow and Oxford ragwort) are coming into existence is unusually high – and it may be the highest ever. We are already on the verge of Genesis Number Six – a million or so years from now, the world could end up supporting more species, not fewer, as a consequence of the evolution of Homo sapiens. 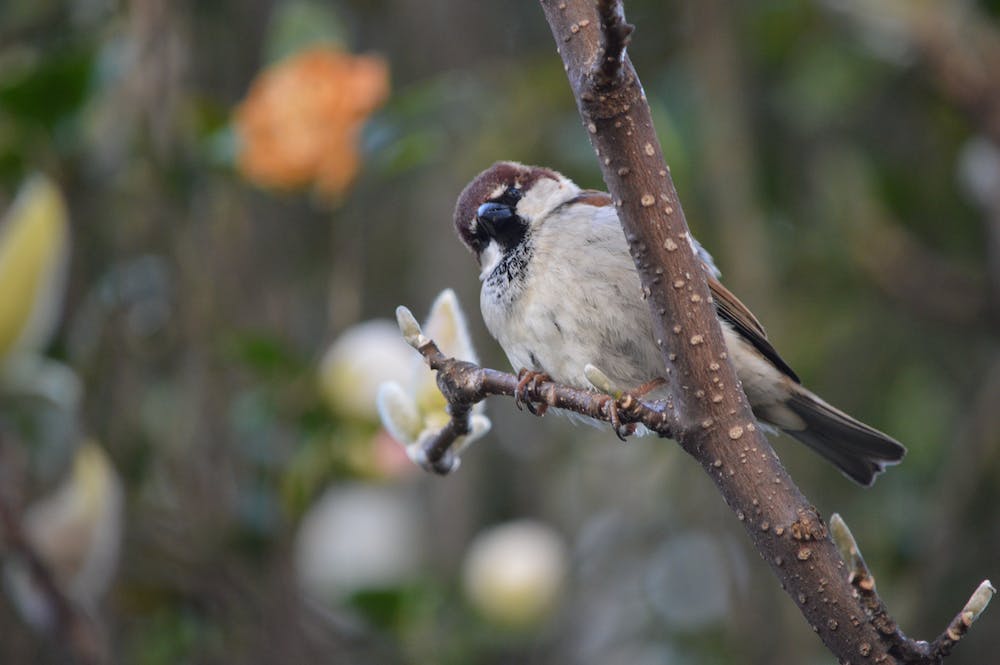 The Italian sparrow only evolved after humans caused its ancestors to meet. Chris Thomas, Author provided

The ongoing ecological and evolutionary success stories of the Anthropocene epoch require us to re-evaluate our relationship with the rest of nature. Change is ultimately the means by which species survive and turn into new species. So, perhaps we should not spend quite so much time bemoaning the losses that have already taken place, and trying to recreate some imagined past world. We cannot rewind history. It might be more effective for us to facilitate future biological gains even if, in so doing, we move further away from how the world used to be.

This does not let us off the hook – species are genuinely dying out – but it does mean that we should not regard change per se as negative. We should perhaps think of ourselves as inmates and moulders of a dynamic, changing world, rather than as despoilers of a formerly pristine land.

Footnote: I dislike the trendy word “Anthropocene”. It strikes me as hubris to claim for ourselves powers comparable to geologic or astronomical forces. I appreciate Chris Thomas pointing out human influences, both positive and negative, upon the natural world, and the responsibilities that follow from our actions. But I also appreciate what Michael Crichton wrote in State of Fear (2004):

Our planet is five billion years old, and it has been changing constantly all during that time. […] Our atmosphere is as violent as the land beneath it. At any moment there are one thousand five hundred electrical storms across the planet. Eleven lightning bolts strike the ground each second. A tornado tears across the surface every six hours. And every four days, a giant cyclonic storm, hundreds of miles in diameter, spins over the ocean and wreaks havoc on the land.

The nasty little apes that call themselves human beings can do nothing except run and hide. For these same apes to imagine they can stabilize this atmosphere is arrogant beyond belief. They can’t control the climate.

The reality is, they run from the storms. 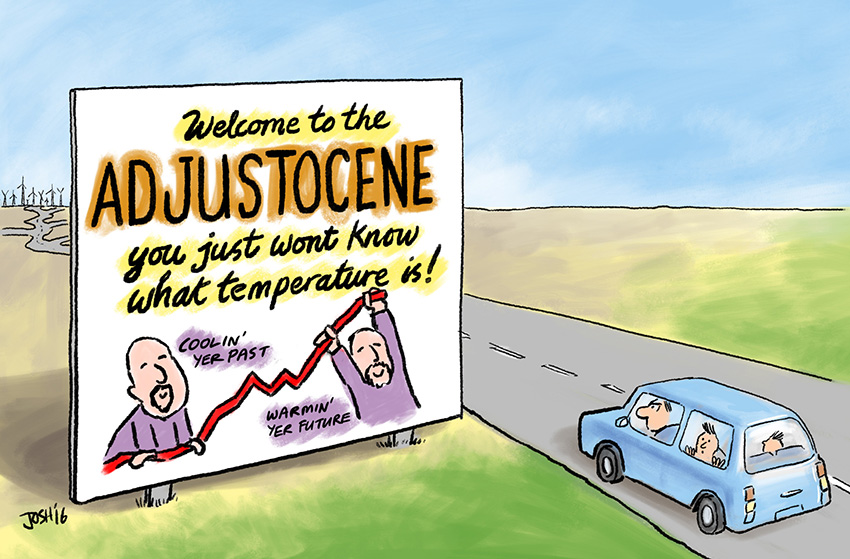