Snowflakes: Overly sensitive persons, incapable of dealing with any opinions differing from their own. Snowflakes are light-weight and suffer meltdown when exposed to the light or heat of complex ideas in conflict. They can often be seen congregating in “safe zones” on college campuses.

Professor Jordan Peterson is pushing back against embedded social justice warfare in the faculty offerings at University of Toronto.  He is starting a website that will inform students of the words and concepts that will be used in various classes, using the actual language on display.  This is deemed unsuitable and invading of safe spaces by those exposed.

Article is Faculty requests action against Peterson from a campus newspaper, The Medium.  Excerpts with my bolds.

Faculty members from the University of Toronto’s Women and Gender Studies Institute (WGSI) have requested a meeting with the university’s vice-provost to demand that action be taken against professor Jordan Peterson, who has stated his intent to create a website ranking university courses and instructors based on “postmodern neo-Marxian” ideologies included in course content.

“We are writing to express our deep concern about a proposed website being built under the direction of Prof. Jordan Peterson for the purpose of identifying and ranking courses and professors that he advocates should be removed from the university,” read the letter, “This website, if launched, presents a serious case of harassment, fostering unsafe work and study conditions for students, faculty, and staff.”

Peterson has spoken about this digital tool since summer of 2017, recently saying that he hopes to have the site ready by January.

“In public online remarks more broadly, Prof. Peterson regularly describes women and gender studies and what he refers to as ‘racial and ethnic group studies’ as pathological, a cancer, and in other strongly denigrating terms,” the letter also reads, “The launch of this website must be put in this context in order to fully understand it as a platform that will generate harassment.”

Peterson stated his goal to establish the website as a way of “moderating the behavior of the universities.”

“It will tell you the degree to which the description is postmodern and then you can decide for yourself whether you want to take that and become a social justice warrior, if that is what you think your education should be about, or if you should avoid that like the plague that it truly is,” Peterson stated in an interview with Julie Patreon, uploaded on July 3rd of this year, “I would like to knock enrolment in the postmodern disciplines down by 75 per cent over the next five years.”

In the same video, Peterson expressed an interest in seeing enrolment in the humanities decline at an increased rate.

The university faculty also expressed concern over the “violence-tinged language to describe the courses he hopes to prevent people from taking” in Peterson’s videos.

On November 10th, the U of T Faculty Association released a statement stating that a meeting with the provost office has been requested.

“Instructors of the potentially targeted courses believe that their autonomy as educators may be under threat. The proposed website has created a climate of fear and intimidation,” the statement reads, “The UTFA Executive has taken the unprecedented step of asking that the entire Executive meet with the Provost’s office to express our deep concern about this threat to our members and to the academic mission of the University.” 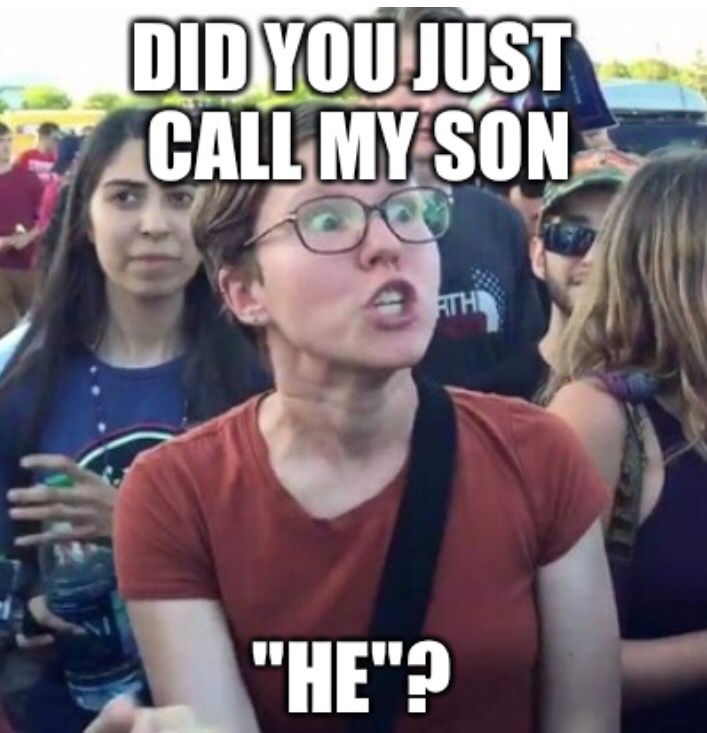 As of press time, the provost has not released a statement regarding its intent to meet with faculty from WGSI regarding Peterson, or stated any possible plan to address Peterson’s site.

Peterson has frequently spoken out regarding freedom of speech on the university campuses, has voiced his dislike towards censoring lectures for students, and the current feminism movement.

Peterson has also gained national attention last September after refusing to use gender-neutral pronouns in his lectures. Since then, he has taken to uploading videos through YouTube to discuss his views on current social issues and doing guest speeches at public events.

Background is from previous post Inside the Snowflake Academy

A previous post (Retreat from Reason) provided a look into the mentality of today’s college professors teaching humanities and social sciences. The dominant mindset is termed “postmodern” to distinguish this perspective from the “modern” viewpoint born of the age of reason or enlightenment.

That text came from Professor Jordan Peterson who recommended reading a book by Stephen Hicks called Explaining Postmodernism. This post provides some descriptions (lightly edited) from Hicks regarding the education of today’s students and the liberal arts attitude toward science.

Hicks presents two hypotheses regarding the world-view embraced by postmoderns, which they pass on to their students.

Hypothesis 1: Postmodernism is the first ruthlessly consistent statement of the consequences of rejecting reason, those consequences being necessary given the study of knowledge since Kant.

Thomas Kuhn published in 1962 his landmark book, The Structure of Scientific Revolutions, signifying the result of four decades of analytic philosophy and the dead end it had reached. If science’s tools are perception, logic, and language, then science, one of the Enlightenment’s prized children, is merely an evolving, socially objective enterprise with no more claim to objectivity than any other belief system. The idea that science speaks of reality or truth is an illusion. There is no Truth; there are only truths, and truths change.

Consequently, by the 1960s, the pro-objectivity, pro-science spirit had collapsed in the Anglo-American philosophical tradition.

Hypothesis 2: Postmodernism is the academic far Left’s stance in response to the crisis caused by the failures of socialism in theory and practice.

Postmodern thinkers inherit an intellectual tradition that has seen the defeat of all of its major hopes.

While the neo-Enlightenment thinkers have come to terms with the modern world, from the postmodern perspective the universe has been intellectually shattered. We can not turn to God or to nature, and we cannot trust reason or mankind.

The failure of Left politics to achieve the vision of a beautiful collectivist society was merely the last straw. To the postmodern mind, the cruel lessons of the modern world are that reality is inaccessible, that nothing can be known, that human potential is nothing, and that ethical and political ideals have come to nothing. The psychological response to the loss of everything is anger and despair.

But the postmodern thinkers also find themselves surrounded by an Enlightenment world that does not understand. Postmoderns confront a world dominated by liberalism and capitalism, by science and technology, by people who still believe in reality, in reason, and in the greatness of human potential. The world that they said was impossible and destructive has both come to be and is flourishing. The heirs of the Enlightenment are running the world, and they have marginalized the post-modernists to the academy. Resentment is then added on top of anger and despair.

The Enlightenment world is proud, confident, and knows it is the wave of the future. This is unbearable to someone invested totally in an opposed and failed outlook. That pride is what such a person wants to destroy. The best target to attack is the Enlightenment’s sense of its own moral worth. Attack it as sexist and racist, intolerantly dogmatic, and cruelly exploitative. Undermine its confidence in its reason, its science and technology. The words do not even have to be true or consistent to do the necessary damage.

The College as Snowflake Academy

In education, postmodernism rejects the notion that the purpose of education is primarily to train a child’s cognitive capacity for reason in order to produce an adult capable of functioning independently in the world. That view of education is replaced with the view that education is to take an essentially indeterminate being and give it social identity. Education’s method of molding is linguistic, and so the language to be used is that which will create a human being sensitive to its racial, sexual, and class identity.

Our current social context, however, is characterized by oppression that benefits whites, males, and the rich at the expense of everyone else. That oppression in turn leads to an educational system that reflects only or primarily the interests of those in positions of power. To counteract that bias, educational practice must be recast totally. Postmodern education should emphasize works not in the canon; it should focus on the achievements of non-whites, females, and the poor; it should highlight the historical crimes of whites, males, and the rich; and it should teach students that science’s method has no better claim to yielding truth than any other method and, accordingly, that students should be equally receptive to alternative ways of knowing.

Moderns thought science and technology are good for all, extending our knowledge of the universe and making the world healthier, cleaner, and more productive. Postmoderns say science betrays its elitism, sexism and destructiveness by making the speed of light the fastest phenomenon, thereby unfairly privileging it over other speeds–by having chosen the phallic symbol i to represent the square root of negative one–by asserting its desire to “conquer” nature and “penetrate” her secrets–and, having done so, by having its technology consummate the rape by building bigger and longer missiles to blow things up.

And previously it had been generally thought liberalism, free markets, technology, and cosmopolitanism are social achievements that can be enjoyed by all cultures. On the contrary, Postmoderns think non-Western cultures are superior, since they live simply and in harmony with nature. They find the West is arrogantly blind, elitist and imperialistic, and imposes its capitalism, its science and technology, and its ideology upon other cultures and an increasingly fragile ecosystem.

And thus graduates are fully equipped and predetermined to believe in climate change.