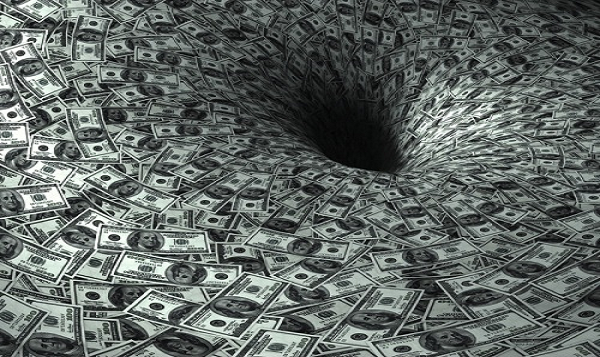 The Paris agreement involves estimates of future damages because of global warming assumed to be caused by burning of fossil fuels. Looking into the numbers raises a surprising predicament, as explained by Ronald Bailey of Reason Magazine. The title of his article points to the problem:

Global per capita income now is $10,000. How much should we spend to prevent climate change losses in 2100?

Set aside the flawed science claiming CO2 is the climate control knob, even the damage estimates pale in comparison with the march of prosperity. Bailey works with the numbers from alarmist economists Nordhaus and Moffatt. Excerpt below with my bolds.

The Yale economist William Nordhaus has spent decades using a combination of econometric and climate models to estimate global warming’s future effects. He isn’t the only researcher who’s been attempting to make such projections, and Nordhaus’ latest study considers a range of different estimates. (Get your salt shaker ready.)

In a new National Bureau of Economic Research working paper, Nordhaus and his colleague Andrew Moffatt survey 36 different estimates (derived from 27 studies) of climate change’s impact on gross world product by the year 2100. Nordhaus and Moffatt note that “there are many studies of theoretical temperature increases in the 2 to 4°C range, and that they cluster in the range of a loss of 0 to 4% of global output.” After crunching the numbers, they report:

The authors note that the Intergovernmental Panel on Climate Change’s Fifth Assessment Report declined to make an estimate of future losses, but in the Fourth Report, the panel stated that “Global mean losses could be 1 to 5% of GDP for 4°C of warming.” This means that Nordhaus and Moffatt’s findings are broadly in line with the climate change consensus.

So what do these findings portend for people lucky enough to be alive in 2100? Let’s consider the best-case scenario first. Annual gross world product is currently somewhere around $75 trillion, which without adjustments means that global income stands at around $10,000 per capita. Assume 3 percent economic growth from now until 2100, and a global population that year of 9 billion. Without climate change, world GDP would rise to $872 trillion and income would be $97,000 per capita. Assuming a 3°C increase in average temperature, that would reduce global GDP from $872 trillion to $854 trillion, and income to $95,000 per capita. At 6°C, the figures would be $800 trillion and $89,000 per capita.

The Nordhaus and Moffatt survey of studies also found “no indication from the damage estimates of a sharp discontinuity or high convexity.” In other words, the studies do not identify threshold effects in which damages from climate change accelerate in the future.

These calculations bring up this question: How much should people living today making an average of $10,000 apiece spend in order to prevent the future incomes from falling from $97,000 to $95,000 per capita?

Now is the time to get out your salt shaker and liberally apply the sodium chloride to these calculations.

Claims that human-caused global warming will raise average temperatures by 2C to 5C over the next 100 years and cause serious harm to society are controversial. However, assuming that global warming will be a big problem, there are two important questions: (1) What should be done about it? and (2) When should it be done?

There is much debate about what discount rate to use when comparing environmental costs and benefits. Generally, the more one values today’s dollars over tomorrow’s, the higher is one’s discount rate. At one extreme, an infinitely high discount rate would imply that we place almost no value on future consumption. Conversely, using a discount rate of zero means that benefits today are no more valuable than benefits 100 years from now..

However, the choice of which discount rate to use is not about the weight given to the well-being of future generations but about opportunity costs. Investments people make today are likely to increase the wealth of their descendants, giving future generations greater resources to exercise their preferences regarding environmental protection.

The higher the rate of return that can be earned by investing a dollar today, the more wealth future generations are deprived of if the money is spent now. Thus, Kevin Murphy of the University of Chicago argues that we should use the market interest rate as the discount rate because that is the opportunity cost of climate mitigation. Interestingly, even Stern’s own model assumes that people 200 years from now will have real incomes that are more than 10 times incomes today. This means that if the government taxes people today explicitly or through regulations to reduce climate change 200 years from now, the government will be taxing the poor to help the rich.