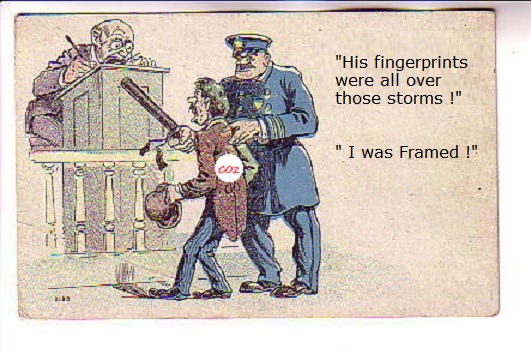 Being “framed” is slang when someone is blamed for something they did not do, i.e. being set up by means of false evidence and witnesses.

Jennifer Good is a communications professor explaining how the media is expected to mold public opinion in favor of climate activism. Her article in the Toronto Star Putting hurricanes and climate change into the same frame is revealing, especially the subtitle A study shows network Hurricane coverage this month did not link an increase in extreme weather to global warming.

The prof is disappointed that climate change was not more frequently mentioned in stories about the recent hurricanes. She considers it an opportunity missed.  Some excerpts below with my bolds.

“Climate change” was discussed in just 79 of the hurricane stories — or about five per cent.

The Purpose of Media is to Manipulate Public Opinion

In his seminal 2010 paper “Why It Matters How We Frame the Environment,” published in the journal Environmental Communication, the American linguist and philosopher George Lakoff offered that the world is made up of frames. “Framing” is how our neural system defines a concept by grouping together what goes with — or gets framed with — that concept. Our brains are wired this way.

Not surprisingly, the news media plays a significant role in how our brains frame concepts. The more the media frames a story by associating it with certain words and concepts, the more likely we are to use those same words and concepts in our own framing.

And conversely, if the news media never framed a story using certain concepts, there is “hypocognition,” or as Lakoff proposed, a “lack of ideas we need.”

In times of crisis, there are many immediate and urgent stories that need to be told about lives and loss, bravery and struggle. But crisis also provides an opportunity for change — an opportunity to shift our frames and include the ideas we desperately need.

So far, that opportunity seems to have been missed. Meanwhile, the oceans get warmer.

The Other Side of the Story

While the prof is totally convinced she knows what the public needs to know about weather and climate, actual weather scientists disagree with her.  In fact, the efforts to link storms and fossil fuels were present way too often and hindered the public from understanding these events.

As soon as Hurricanes Harvey and Irma made landfall in the U.S., scientists, politicians and journalists began to discuss the role of climate change in natural disasters. Although a clear scientific consensus has emerged over the past decade that climate change influences hurricanes in the long run, its effect upon any individual storm is unclear. Anyone trying to score political points after a natural disaster should take a deep breath and review the science first.

As a meteorologist with access to the best weather-forecast model data available, I watched each hurricane’s landfall with particular interest. Harvey and Irma broke the record 12-year major hurricane landfall drought on the U.S. coastline. Since Wilma in October 2005, 31 major hurricanes had swirled in the North Atlantic but all failed to reach the U.S. with a Category 3 or higher intensity.

Even as we worked to divine exactly where the hurricanes would land, a media narrative began to form linking the devastating storms to climate change. Some found it ironic that states represented by “climate deniers” were being pummeled by hurricanes. Alarmists reveled in the irony that Houston, home to petrochemical plants, was flooded by Harvey, while others gleefully reported that President Trump’s Mar-a-Lago might be inundated by Irma.

By focusing on whether climate change caused a hurricane, journalists fail to appreciate the complexity of extreme weather events. While most details are still hazy with the best climate modeling tools, the bigger issue than global warming is that more people are choosing to live in coastal areas, where hurricanes certainly will be most destructive.

Actual scientists are calling for less, not more manipulative journalism.

And as for the oceans getting warmer, Prof. Good, that is due to the oceans storing and releasing solar energy, nothing to do with burning fossil fuels.  The oceans heat the atmosphere, and not the other way around.  See Empirical Evidence: Oceans Make Climate 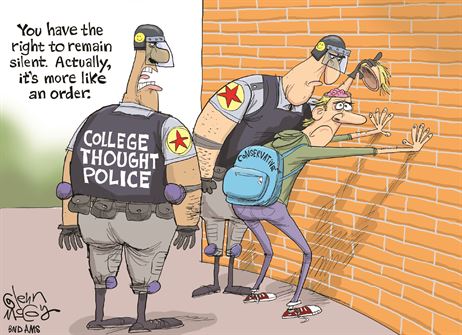