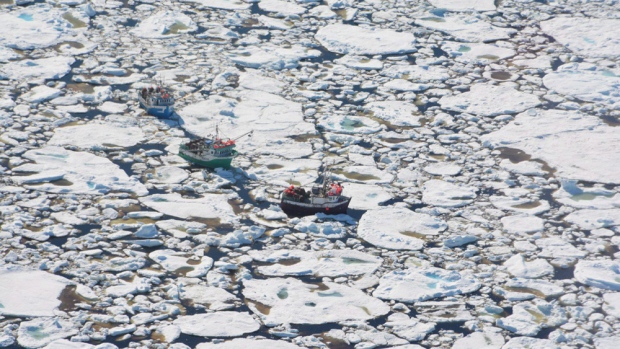 Trevor Hodgson, the Canadian Coast Guard’s superintendent of ice operations for the Atlantic region, said the heavy ice is more than two metres thick in some areas off the province’s northeast coast.

What’s unusual this year, Hodgson said, is the way the winds have pushed the thick pack ice towards land rather than out to sea.

He said ice conditions are so bad the Coast Guard has been unable to free trapped vessels with its icebreaker Amundsen. Three fishing vessels remain trapped in ice off northeastern Newfoundland.

The image above shows Arctic Atlantic sea ice continues to hold most of the coastline in its grip.  Svalbard is still mostly enclosed and Newfoundland upper left with packed ice as in the photo. The graph below shows the last 10 days with 2017 holding a lead of  260k km2 above average, 320k km2 more than 2007 and 900k km2 greater than 2016.

The graph below excludes the Pacific seas of Okhotsk and Barents, which are melting early (~100k km2 below average as of yesterday) obscuring what is happening in central and Atlantic Arctic seas.

Barents Sea shows how unusual are 2017 sea ice extents inside the Arctic Circle.  The graph below shows Barents this year compared to average and other years.

The black line is average for the last 11 years.  2007 in purple appears as an average year.  2014 had the highest annual extent in Barents Sea, due to higher and later maximums, holding onto ice during the summer, and recovering quickly.  In contrast, 2016 was the lowest annual extent, melting out early and recovering later.  2017 in blue started out way behind, but grew rapidly to reach average, and then persisted longer to exceed even 2014.

For more on why Barents Sea matters see Barents Icicles

The Iceberg Festival wraps up this weekend. 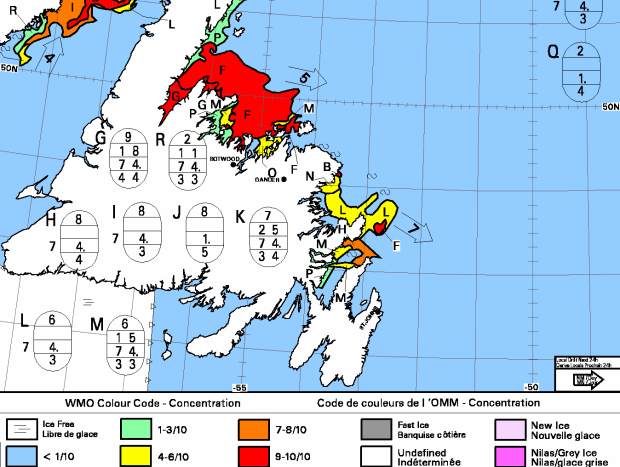