In following many blogs related to climate science, it seems that confusion reigns regarding some fundamentals of scientific thought and practice. So this post attempts to clarify three important scientific concepts: Data, Facts, and Information.

Show Me the Data Data pertains to observations of happenings in the world, independent of the observer. In a court of law, a witness on the stand gives his or her observations. For example, I heard person x say this, or I saw person y do that. This is evidence all right, but it is not data.  And an artist or filmmaker can capture an event as evidence, but again it is not data in that format.

By definition, data is quantitative. And applying numbers to observations means using standard measurements so that these observations can be compared, contrasted, and replicated, as well as compiled with other similar observations. Each subject of study has one or more units of measurement pertinent to that inquiry. For example, observing a moving object requires distance and time, such as kilometers per minute, or rates of acceleration, such as meters per second per second, or m/s^2.

To summarize, data are a set of observations expressed in standard units of measurement.

What are the Facts

Taiichi Ohno was the central thinker behind the Toyota way of manufacturing. In his view facts are observed “in situ” by a knowledgeable and purposeful agent, an human expert. Facts are the result of direct observation of a process, product or part, including any measured data and the correct context for such data. Context means what relevant conditions, incidents, phenomena, and situations were occurring prior, during and after the data were collected.

We hear a lot these days about fake news or facts in relation to political or cultural news. There, the spin and narratives overwhelm objective observations, and the report serves only to motivate audience acceptance or rejection of the subjects, the truth is irrelevant.  Unfortunately, fact “checking” has morphed into substituting one spin for another.

In science, facts are supported by data, but each fact represents a pattern in the data seen in the context of a specific place and time. So, for example, it can be a fact that civilian deaths in Syria have increased by x% in the past year. Importantly, facts depend on persons with deep knowledge of the particular place and time.

To summarize, a scientific fact is a pattern in data in the context of a specific place and time.

The Whole Truth and Nothing But the Truth 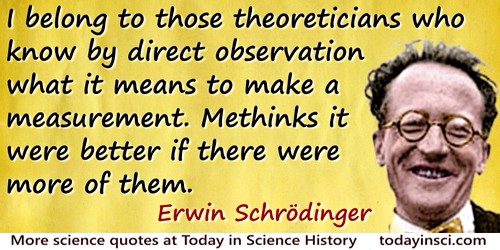 Information stands on facts, which themselves stand on data. Information consists of conclusions from weighing and judging the importance of various sets of facts regarding a situation. Based on the above, all the facts have a basis in data, but they are not equally significant. And the significance is relative to the concerns of the information analyst.

Information is not absolute, but serves to inform action. Facts are value-free, but information is not. Information draws on facts to form a conclusion as to the direction a situation is moving, out of a concern to intervene or not, according to the interests of the observers. In that sense, information is always actionable, or intends to be so.

In legal proceedings, frequently there are “alternate facts.” One party, say the prosecution, presents a set of facts comprising all the information supporting their explanation or theory of a criminal event. The defense presents an alternative explanation or theory of the event supported by other facts either ignored or discounted in the prosecution’s case. Such “alternate facts” are no less true, they simply form an alternate information convincing to those who place more weight on them.

A similar process goes on in scientific disputes where each side accuses the other of “cherry-picking” by referring only to those facts which support one theory. Honest science attempts to explain all relevant facts, and sometimes (e.g. Wave vs. Particle theories of light) holds competing theories in tension while a more comprehensive meta-theory can be formed and proved.

Information results from organizing data and facts into a perspective respecting the context of the facts and supporting humans’ need to anticipate the future. Forming theories of what to expect and how to respond or intervene is fundamental to human survival.

That’s the way I see it.

Science depends on measuring things, so you need to know the correct units for what you are studying.

Below are some obscure measures for collecting data in special situations.